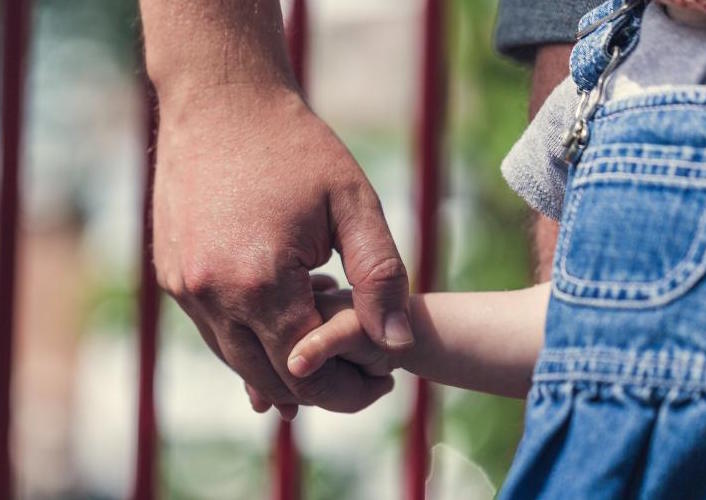 What are the ethics of parenting? What are the virtues and values that underlie parents’ ethical responsibility to their children? What (if any) role does the state play in ethical parenting? These questions have been asked many times before, and recently Diana Baumrind and I were asked to write a chapter on the ethics of parenting for a multivolume Handbook of Parenting to be published next year. What made our effort different, perhaps, from some others is that we are developmental psychologists with interests in philosophy, and thus we approached these questions from the multidisciplinary perspective that characterizes the work of the Self, Motivation, and Virtue Project.

Developmental psychologists typically characterize parenting in terms of practices rather than character.  Although we appreciate, on reflection, that both are important, most of our research focuses on parental behavior (e.g., sensitivity, warmth, communication) and its effects on offspring.  My coauthor, for example, is well known for her landmark research on the practices of different parenting types (authoritative, authoritarian, permissive) on children’s development.  Perhaps the focus on parenting behavior is because the study of parenting is closely linked to efforts to improve it, and it seems easier to change parenting practices than the character of parents.

With this orientation, Baumrind and I proposed a mixed rule-utilitarian argument to justify parental responsibilities to protect, nurture, and socialize children, including rights to regulate children’s conduct consistent with their developing capacities to do so on their own.  It is a “mixed” argument because in addition to the utilitarian welfare-maximizing principle is an additional justice principle warranting justification for unequal treatment of family members, such as children differing in age, need, or other characteristics.  As developmentalists, we recognize that although parents may be motivated to act in consistent ways to further the interests of offspring, they necessarily should and do treat children differently based on their developmental needs and capabilities, and our mixed rule-utilitarian argument captures this developmental orientation.

Adults often comment that being a parent makes them a better person, and this is where character enters in.  As Nancy Snow has recently argued, adults aspiring to be good parents are not necessarily aspiring to become virtuous individuals.  Rather, they are using whatever means available – the examples of their parents, a good parenting handbook, a pediatrician’s advice, common sense – to do well for their children.  But in repeatedly striving to do well for their offspring, parents are repeatedly performing virtuous actions – selfless, generous, patient actions – that contribute to the development of virtuous character.  And as Snow argues, this is also consistent with the findings of psychological research.  Goal-dependent automatic processing occurs nonconsciously to heighten the salience of situations and activate behaviors relevant to an underlying, chronic, significant goal – such as being a caring parent.  The repeated performance of such behaviors contributes to habits of virtuous behavior – and character.

Although character does not figure prominently in how developmental psychologists think about parenting, it does enter into our thinking about child development.  Like parents, developmental researchers agree that character development is foundational to socialized conduct: we study the practices that contribute to children becoming compassionate, responsible, self-regulated, kind people.  This provides another approach to the ethics of parenting through virtue theory.  As virtue ethicists have long argued, parents are responsible for the tutelage that is necessary to enable children to develop the habitual practices and the practical wisdom necessary to the growth of virtuous character.  Understanding what is encompassed within this guidance is challenging, of course, but we summarized developmental research supporting practices like parental modeling of prosocial conduct, shared activity with the child to enlist offspring in family traditions of hospitality and generosity, encouraging role-taking concerning the needs of others (sometimes through parent-child conversation about assisting others), parental instruction concerning the reasons for behaving with integrity, shared involvement in volunteer activity, and other practices that enfranchise children into systems of thought and behavior that contribute to virtuous conduct.

What, then, is the role of the state in ethical parenting?  In our view, it is a mixed one.  On one hand, government agencies have a significant ethical responsibility to protect the interests of its youngest citizens, a doctrine that has become known as parents patriae – literally, “the state as parent.”  This doctrine is invoked particularly in situations when parents are unwilling, or unable, to protect the interests of their offspring, such as when parents are abusive or neglectful.  Unfortunately, the ideal of a protective state parent conflicts with the practical realities of child protection systems that are underfunded and ill-equipped to ensure protection to many children who are at risk in their families.  Consequently, the current minimalist norm is to protect children whose parents fall well outside the boundaries of marginally acceptable parental conduct.

But the state also has a constructive responsibility to ensure that its youngest citizens are prepared to contribute to the maintenance of the community, and this is manifested most significantly in public education.  We also noted the wide range of other avenues by which the state supports (rather than regulates) ethical parenting, such as through direct financial subsidies, nutrition supports, health care subsidies, educational enablements, and other programs that provide tangible assistance to the most vulnerable children, parents, and families.  We suggested that although the state can do little effectively to compel parents to do good for their children, there are many avenues by which the state can enable and provision parents to do better for their children.

From the standpoint of both its regulatory and supportive responsibilities, the state could do more to fulfill its ethical responsibility to children.  It is arguable that its failure to do so makes it more difficult for parents to fulfill theirs.

Ross A. Thompson is Distinguished Professor of Psychology at the University of California, Davis, where he directs the Social and Emotional Development Lab and is on the Executive Committee of the Center for Poverty Research. He is also President of the Board of Directors of ZERO TO THREE, a national nonprofit devoted to the healthy development of infants, toddlers, and their families, especially those in economic difficulty.  His research and writing bridge developmental science and public policy, including work on early parent-child relationships, early childhood mental health, and the impact of early childhood adversity.