The Interdisciplinary Moral Forum (IMF), held on March 12-14, 2015, brought together 57 moral self researchers from around the world and from multiple disciplines. It was held at Marquette University in Milwaukee, Wisconsin. Participants included two members from each semi-finalist research team, members of the Core Project Team, and other interested members of the Marquette and Milwaukee academic communities.

The IMF had two chief purposes. First, it provided an opportunity for the Core Project Team to evaluate the semi-finalist research proposals. Second, it launched the Moral Self Network, an interdisciplinary and international network of scholars focused on the topics of the self, motivation and virtue. This network functions as a support to our funded research teams and a resource for other moral self researchers. 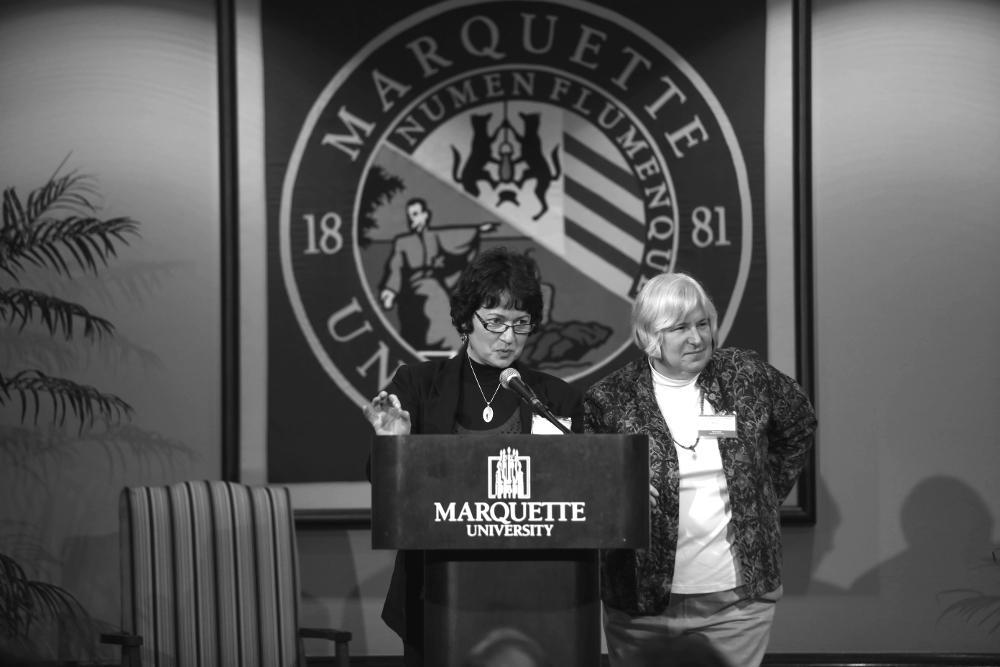