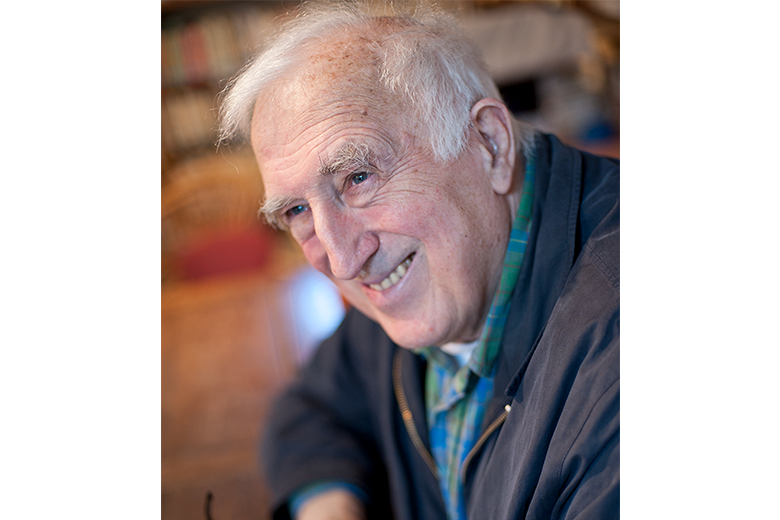 Grants, SMV in the News
by admin

The Self, Motivation and Virtue Project funded research by Michael Spezio (Scripps College) and Robert Roberts (Baylor University) to explore models of humility in “Stable Communities of Care, Forgiveness, and Reconciliation.” The team’s research included extensive interviews with participants at l’Arche USA and l’Arche International, founded by Jean Venier (pictured above), and with the residents and staff at Homeboy Industries (based in Los Angeles, CA). Building on that research, Spezio, Roberts and their fellow researcher Gregory Peterson (South Dakota State University) have suggested that humility is important for sustaining flourishing communities and democracies.

According a recent press release, the team suggests that

empathy proceeds from the mindset of accepting people based upon nothing more than a shared humanity, rather than their relatability or acceptability, which are concepts rooted in “in-group/out-group” mentality. According to Spezio, a rejection of “in-group/out-group” thinking is central to the functioning of a liberal democracy: “A liberal democracy takes trust in others. Without trust that others are going to keep you ‘in the in-group’ or dominant circle, liberal democracy is going to break down—we are going to all seek ways of creating our own or finding the dominant circle, and then it all devolves into being about nothing but power.”

Their work is now garnering national attention, having been reported in the San Francisco Chronicle and the Houston Chronicle. To learn more, read the team’s Self, Motivation and Virtue research project description.