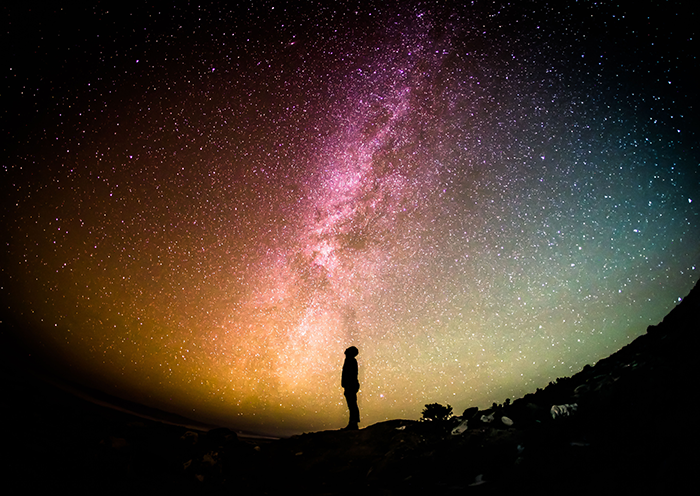 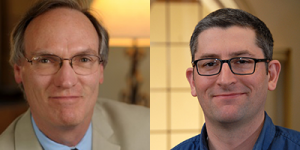 It would not take long for any gathering of university professors to lament the incurious or desultory intellectual climate of their classrooms or the absence of genuine intellectual engagement with ideas by students. Although no disciplinary major is immune from such concerns, students’ seeming wont of intellectual passion and curiosity is a pressing concern in university science departments, if only because science is widely acknowledged as the premier knowledge-generating enterprise; and “if anything can deliver the epistemic goods, it is science” (Roberts & Wood, 2007, p. 4).

Of course, it is neither fair nor accurate to place the blame solely on students. In many ways, incoming university students are clearly intelligent and motivated, at least as attested by standardized tests, GPA and class rank. They have learned how to strategically navigate the academic regimen of secondary education, often to the disadvantage of high level intellectual engagement with university coursework. Moreover, certain institutional realities constrain active student learning in ways that are not optimal. These include the sheer number of students in classes and labs, limited instructional resources, and traditional (“sage-on-the-stage”) models of university teaching.

Yet, for all the challenges, the Virtuous Scientist Project at the University of Notre Dame is convinced that much more could be done to prepare university students for the practice of science in post-baccalaureate careers. This project, funded by the John Templeton Foundation, is concerned to reform science education in a way that equips students with the intellectual virtues or character strengths that conduce to excellent scientific practice, but also to good citizenship at a time when science denialism and alternative-facts corrupt public discourse about matters of fundamental national interest.  We are mindful that not every science major goes on to become a working scientist, but we are also convinced that training in intellectual virtues along with science epistemology is not just for scientists anymore. Training better scientists and science literate citizens is an adjunct to forming better persons, which puts science education in the business of developing intellectual character.

The central proposition of the Virtuous Scientist Project, then, is that effective science education at the collegiate level must be a joint venture of both virtue epistemology and epistemic reasoning about science. Virtue epistemology (in its responsibilist form) affirms that the dispositions of the agent and the formation of his or her character is crucial to intellectual formation (Battaly, 2012). Unlike traditional epistemology, where beliefs are the primary objects of evaluation and where knowledge and belief justification are foundational—in virtue epistemology agents are the primary objects of evaluation and intellectual virtues and vices are foundational (Baehr, 2011).

We think effective science education will require deep integration with virtue epistemology with the aim of developing intellectual virtues. It is hardly possible to care about the truth, to pursue a question with dogged, careful perseverance, to interrogate the evidence carefully, to be industrious and open to surprise, to want to learn from others, to treat interlocutors  and critics and their texts with justice, to participate in the shared collaborative work of science—it is impossible to do these things without love of knowledge, without open-mindedness, intellectual humility and courage, without curiosity, a sense of firmness, and other virtues. Forming the agent’s character is key for the work of science and for the “life of the mind” that aims to deliver epistemic goods.

But science education also requires deep integration with the epistemic cognition literatures of educational psychology and the learning sciences (e.g., Greene, Sandoval & Braten, 2016). These literatures typically address the extent to which primary and secondary school science education promotes authentic science inquiry in ways that lead to deep conceptual understanding of the nature of science and its epistemic claims.  Students’ understanding of science epistemology is typically remanded to the hidden curriculum of science education and is rarely treated as an explicit outcome of academic preparation in the sciences.

Hence the Virtuous Scientist Project envisions a unified approach to science education that combines virtue epistemology and epistemic reasoning about science (or science epistemology).  The virtuous scientist has well-cultivated intellectual virtues and sophisticated understanding of the epistemic claims that derive from the nature of science. Science education fails if it addresses only the factual claims that science makes but neglects cultivation of intellectual virtues that yield these epistemic goods as outcomes. But it also fails if it neglects to cultivate more sophisticated views about the very nature of science itself. The challenge for collegiate science education is to figure out how to fold intellectual virtues into coursework and labs, but also how to bring explicit attention to the way science works and the epistemic demands that it places on us.

The Virtuous Scientist Project has identified an interesting intellectual problem, which is how to bring deep integration among three fields of study: virtue epistemology, epistemic reasoning and science education. The philosophical literature on virtue epistemology raises questions about the nature and structure of intellectual virtues and their contribution to the practice of inquiry (Roberts & Wood, 2007; Baehr, 2011). The educational psychology literatures raise questions about epistemic cognition and the characteristics and development of epistemological reasoning as targets of learning and instruction e.g., Greene et al., 2016). The science education literatures raise questions about the nature of authentic inquiry and what students come to know about science (Chinn & Malhotra, 2002; Sandoval, 2005).

Although the epistemic cognition literature is tightly bound with K-12 science education (e.g., Chinn & Malhotra, 2002), it does not seem to address science education at the collegiate level nearly as well (cf. Brownell & Kloser, 2015). Moreover, there is not much evidence that the intellectual virtues literature has significantly penetrated the design of science education curricula, especially in higher education. Clearly, virtue epistemology and epistemological reasoning are two fields of inquiry, (philosophy, educational psychology) that are insufficiently integrated in a way that could inform the project’s agenda.

Moving forward the Virtuous Scientist Project will continue to explore the interface of these disciplines in order to derive actionable and scalable curricular recommendations for the reform of collegiate science education. We propose that science identity is a construct that bridges and informs the three literatures in the service of forming virtuous scientists. We look forward to engaging a “coalition of the willing”—colleagues from all levels and types of institutions of higher education—who are interested in creating the community of practice to sustain the formation of virtuous scientists and science-literate citizens. Building communities of intellectual virtue in the cause of science education is needed urgently and now more than ever.

Daniel Lapsley, Ph.D., is ACE Collegiate Professor in the Department of Psychology at the University of Notre Dame. His research focuses on various topics in adolescent social cognitive and personality development, including work on adolescent invulnerability and risk behavior, narcissism, separation-individuation, self, ego and identity development, and college adjustment. He also studies the moral dimensions of personality and other topics in moral psychology, and has written on moral identity and moral and character education. He currently serves on the editorial boards of the periodicals Journal of Early Adolescence and Educational Psychologist. View Dr. Lapsley’s website

Dominic Chaloner, Ph.D., is Research Associate Professor in the Department of Biological Sciences at The University of Notre Dame. His research focuses on understanding the ecological consequences of ecological linkages provided by Pacific salmon (Oncorhynchus spp.), especially when they return to spawn in streams of Southeast Alaska and tributaries of the Upper Great Lakes. Those salmon-mediated linkages represent not only a potentially important resource subsidy, through provision of nutrients in their carcasses and eggs, but also ecosystem engineering, through disturbance that salmon spawners impart during nest building. Most recently, salmon have been recognized, by virtue of the large biomass they deliver to streams and rivers, as an important mechanism of contaminant biotransport, including persistent organic pollutants, such as PCBs, and heavy metals, such as mercury. Dr. Chaloner uses a combination of experimentation, large-scale sampling, and modeling to better understand these processes and make better predictions of their effects on recipient ecosystems. Overall, the research in which he is involved has important implications for both fisheries and contaminant management. View Dr. Chaloner’s website